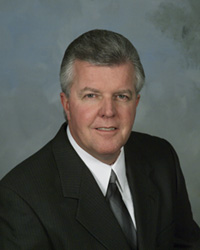 Mr. Erdos had over thirty years of experience in furniture retailing, culminating as a multi-store co-owner before his retirement in 2000 to focus on an IT marketing and development company he founded in 1998–a company that developed many firsts under his direction, including the development of a proprietary online marketing system that generated over 29 million dollars in sales in just seven months after its release.

Mr. Erdos later went on to found a second IT marketing and development company with his brother and two nephews–a company that became the exclusive marketing, IT development, and sponsor activation arm of a NASCAR Sprint Cup Team working with companies and organizations like Schwann’s Foods, Serta, Paralyzed Veterans of America, and Warner Music Nashville.

As co-founders of Speedy Furniture, Mr. Erdos, along with his brother and two nephews, returned to their family’s roots in 2009 with the Speedy Furniture concept itself rooted in their extensive furniture retailing, IT development, and online marketing expertise.